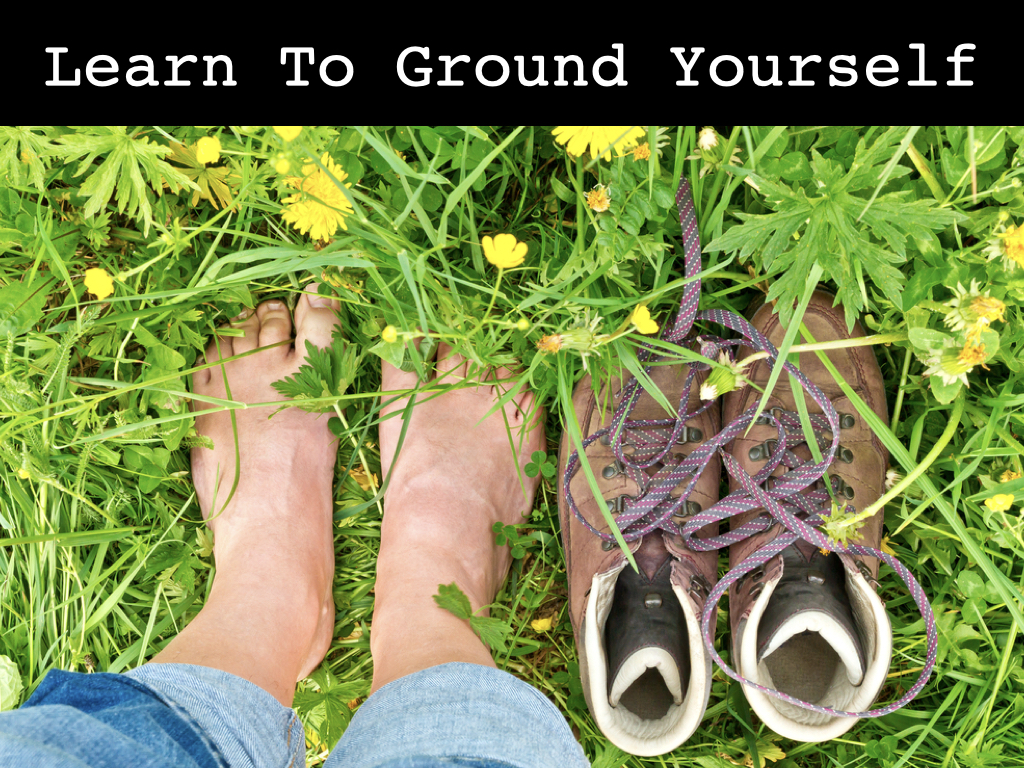 Hands down, currently my favourite tool in my anxiety management tool box is the Sensory Grounding Technique.  I’m guessing this may be familiar to you, and maybe you have even tried it for yourself.  This tool is my favourite because I know it works!

Ben was meeting with his counsellor one morning, and was recounting a particularly stressful conversation that had recently taken place between himself and his boss.  Ben explained to his counsellor that he began to feel nervous when he was called into his boss’ office late on Friday afternoon.  Ben talked about how upset his boss was with his lack of efficiency and had even threatened to fire him if he didn’t pick up the slack.

In the retelling of his experience, Ben became visibly anxious.  His legs and arms became restless, and moved continuously as he spoke, Ben placed one hand on his chest, as he felt it tighten, and wiped his forehead, as he began to feel sweat.  Ben stopped sharing his experience and commented to his counsellor, “I’m feeling really anxious just telling you about this.”

Ben’s counsellor responded by asking him to take a break from the story that he was telling, and she invited him to name the things that he saw in her office.  Ben listed books, plants, and the desk.  She asked him to tell her what he heard, and Ben told her that he heard the ticking of the clock, soft music coming from the waiting area, and the muffled sound of the receptionist’s voice.  Ben’s counsellor went on to ask him what the chair he was sitting in, felt like, and he described it as soft and comfortable.

As Ben answered his counsellor’s questions, she watched him and she observed that his restless movements had stopped.  His arms were resting on his legs and he was sitting calmly in his chair.  Ben noticed too, and was quick to comment, “Wow!  I feel a lot better.”

So what happened for Ben?  How was he able to regulate his intense feelings of anxiety and regain a more relaxed stable state?

By asking Ben to engage his senses, he was able to shift his focus away from his what-if thoughts about the future potential threat; “What if my boss had fired me?”  He was also able to shift away from his replays of this past conversation, “I can’t believe how upset he was.”  “How could I have been so slow?” to what was happening in the present moment.  Ben was able to regulate his feelings of anxiety by focussing on what was happening in the present.  By intentionally paying attention to the sensory input, that only occurs in the present, Ben was reminded that he was in his counsellor’s office and he was safe.  There was no immediate threat of any kind.

This is the power of the Sensory Grounding Technique.  Our sensory experience happens in real time, in the present.  And, when we are able to shift our attention back to the present and away from our intrusive anxious thoughts, we can silence the false alarm.

Enslaved to an addiction?